Drs. Greek have written 2 books on why using animals as models for humans is not the best way to conduct medical research and drug testing.

During their lectures and debates, the most commonly asked question was, "Well. What will we use if we don't use animals?" What Will We Do If We Don't Experiment On Animals? Medical Research for the Twenty-first Century is the answer to that question.

Drs. Greek explain briefly why one species cannot predict drug response for another and describe what research and testing methods should be used today instead of animals. They also describe where our biomedical research dollars should be spent if we are to have cures for cancer, AIDS, and Alzheimer's.

What Will We Do If We Don't Experiment On Animals? Medical Research for the Twenty-first Century takes medical research out of the nineteenth and into the 21st century.

C. Ray Greek, MD is president of Americans For Medical Advancement, Medical Director of Europeans For Medical Advancement, and Science Advisor to the National Anti-Vivisection Society. Dr. Ray Greek is a physician who has published in the lay and medical literature and performed experiments on animals and research with humans. He has taught at two US medical schools: the University of Wisconsin-Madison and Thomas Jefferson University in Philadelphia. He is the most knowledgeable expert in the world today in the field of using animals to model human conditions.

This review is by Rick A. Bogle and was found at Amazon.com

The Greeks' newest contribution to the growing debate regarding the most ethical use of limited resources for medical research will be unpopular with the animal-model community. 'Unpopular' may be an understatement; they are going to hate it.

Whenever the question of using animals in research comes up you can be certain that the animal researchers and their supporters will accuse you of hating children if you criticize their cruelties or even their science. "What else do you suggest?" is their common challenge, "should we experiment or little children, or just let them die?" Indeed, it is in their financial interests to cast any critic as a callous lout. But now, the answers are much clearer.

In What Will We Do If We Don't Experiment On Animals? the Greeks explain the failures and risks of basing medicines for humans on the results of experiments on other species. Apparently, the animal researchers are content to let children die from a new drug just as long as it was first developed for and tested on animals. But this is well known already.

The new ground in the Greeks newest book is the compilation of modern research techniques that really are providing new insights into human disease and offering potential new cures. Readers are given a tour of truly modern medical research that is grounded in a thorough appreciation of the underlying genetics behind disease and our individual responses to drug therapies.

Unlike much of the traditional antivivisectionist literature, the Greeks write from the perspective that we have learned something about human biology from studying animals even if we could have learned the same things in other ways. More importantly, they point out that we no longer wonder what a heart does, and that today we are seeking to understand the roles of the proteins coded for by each organism's unique genetic code. The subtleties that account for differences between species are the same subtleties that explain why a rat, a dog, and a human will each respond differently at the molecular level to any particular drug.

But, the real value in the book is not its power to point out the failures and ugly profiteering of the animal modelers, but to give the reader hope by pointing out the growing number of research efforts underway based on modern science. The reliance on the most modern of methods accounts for the fact that an ever-growing number of researchers interested in curing and preventing human disease have turned to non-animal methods based on human biology.

For anyone with an interest in leading edge biomedical science, this book will probably become a well-worn reference.

Get Our Animal Rights Flag! 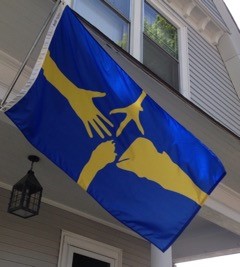 Maine Animal Coalition is proud to offer our award-winning universal Animal Rights Flag. Display it at home or carry it in your next rally!

Get Our Animal Resource Guide! 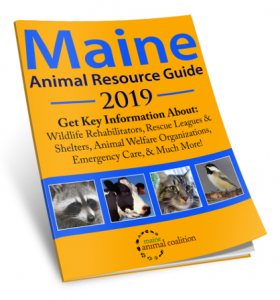